Irish for the day 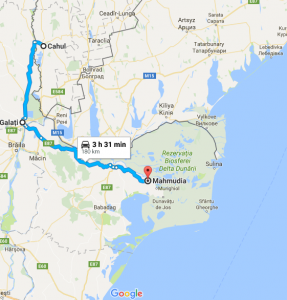 Leaving Moldova was a fairly straightforward affair, Cahul was located a couple of kilometres from the border with next to nothing between the town and the border. The Moldovans enquired about the contents of our boot but waved us through pretty quickly. The Romanian border guard was more chatty and inquisitive. A British passport reads ‘Citizen of the United Kingdom of Great Britain and Northern Ireland’ and most border guards unfamiliar with them, just see the last word and think Irish. Having looked at the passport and decided I was Irish, he also decided Ireland was not in Europe and started asking me questions about how I liked Europe and how long I was travelling around it. Very strange. Unable to grasp the concept of teaching English in Poland, he marked me down as working in Moldova.

I think it could be worth becoming a border guard and asking completely inappropriate questions.

Do you have any ham sandwiches in the car? How many pairs of socks have your children brought with you? Do you play the lottery?

It did not take longer than 15 minutes to cross the border and we were on our way again.

The Romanian territory that runs alongside the Moldovan border is generally known as Moldavia and was once part of the same country, it looks pretty similar but Romanian drivers are more competitive. I love Romania, I have been there countless times and it always feels like home. Everyone is so friendly.

It’s a relatively short drive down to Galati and takes about an hour from the Cahul border crossing. Galati is not the easiest town to navigate through, especially if you’re trying to get to the port. The city is a lot bigger than I imagined. Follow signs for Tulcea, Galati is on the banks of the Danube and a river ferry crosses the river. There are several of these river ferries throughout Romania. Having parked up in a queue, you head to the ticket office to buy a ticket for the car and passengers. Kids do not pay and neither does the driver, he is included in the vehicle price. A car is about 20 lei and passengers 2 lei. The loading and unloading of the ferry took about ten minutes, in our case there was a wedding party going across the river, so there were lots of elegantly dressed people on the boat. The crossing itself takes 5-10 minutes.

The road to Tulcea is a beautiful drive through small hills, most of the cars from the ferry are heading 100km to Tulcea and jostle for position in a Mario Kart style. Tulcea is often called the gateway to the Danube Delta, it’s where the ferries to Sulina go from. Our destination was deeper into the delta, the village of Mahmudia. 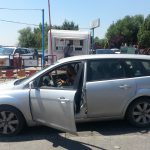 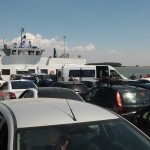 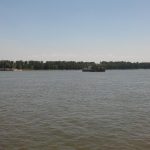 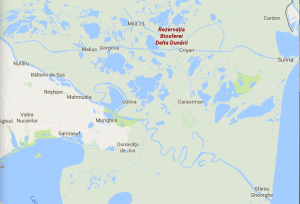 The area is surprisingly hilly and very fertile. Mahmudia is one village before the end of the road, has several shops and one large riverfront hotel. Our abode was the Delta Rustic, situated on a small side street but still close enough to the river to get a view. Delta Rustic turned out to be one of the best places we’ve stayed in. On arrival, a group of people helped us to check-in. I think they were younger relatives of the owners, who could not speak English. We asked them about a boat tour of the Danube Delta, something I’ve wanted to do for over 10 years and they said it was possible, ideally in a group with some other people but if that wasn’t possible, then the owner himself would take us on a boat. The 200 lei for 4 people for four or five hours seemed a good deal. I initially thought about going to Sulina or Sfantu Gheorghe on the coast but they seemed surprised by my request and pointed out that the routes to those places were largely big channels whereas the majority of the wildlife was in Lac Gorgova and the adjacent lakes.

The accommodation in Mahmudia was great: there was a small shop fully stocked with cold beers, you could cook yourself, swim in the pool, use the grill or ask the owners to cook something. A Spanish-speaking man ushered me into the kitchen to proudly show me his catch. I still don’t know if this guy was a tourist, a Romanian who had worked in Spain or a Spanish co-owner. I don’t speak Spanish but it’s better than my knowledge of Romanian and somehow ordered a fish soup, fish, french fries and two salads. The whole meal for all of us came to 60 lei. It was some of the best food I’d had for a long time. 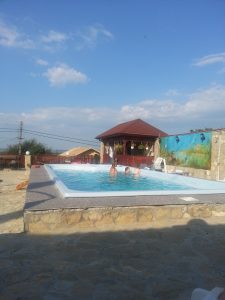 A small group of us, basically all the guests in the hotel (6 adults, 3 children) congregated outside the reception at 9am in the morning and then descended on Mahmudia’s harbour where we were greeted by our sailor. He was an entertaining chap whose first move was to pull into the river petrol station and stock up on beer, his knowledge of these waterways was impressive. We filled in an entry card for the National Park and then raced along the Danube in the motor boat, eventually turning off into a smaller channel and then branching off once again until we were travelling with the engine almost off through jungle-like waters in search of wildlife. The area is teeming with bird life but capturing them on camera, particularly on a moving boat with your mobile is not as easy as it looks. If I did any of these feathered friends injustice with the pics, I apologise unreservedly to ornithologists globally! 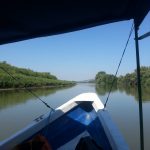 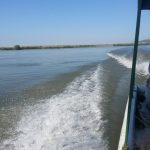 Some farmers and fishermen live isolated along these channels and it’s not uncommon to find cattle drinking from the river, it has a real Amazon feel to it. 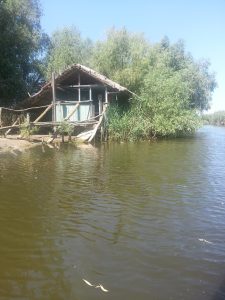 Lake Gorgova is a popular place to spot pelicans and indeed we did, but it was too late in the morning to catch them in a big group. We also saw pygmy cormorants, glossy ibises and lots of different kinds of ducks. I was on the lookout for jackals and raccoons but the search proved unfruitful. The lakes are connected by channels and each one is slightly different. There’s an impressive amount of lilies on the water. 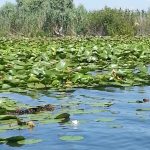 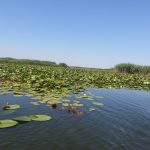 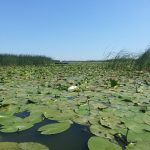 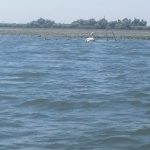 Engineers from all over the world worked on creating two channels that could be used in commercial shipping, the English in particular, played a big part and their legacy can be seen in the name of the village ‘Mila 23’ which was created 23 miles from Sulina. (Sulina is Mila 0 and the channels are measured in miles), Anglican and Protestant graves can also be found in Sulina. 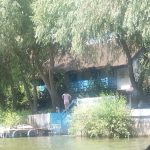 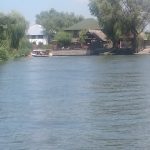 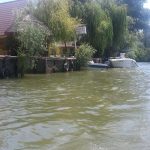 Overall, the boat ride was great value, the weather was nice and I thoroughly enjoyed it. A longer trip might be tiring, particularly with kids but I’d certainly consider going back again.

When we left Mahmudia, we drove along the lagoon to the south, Lacul Razim. It’s a beautiful drive, as is the road from Babadag down to Constanta.

At the time of writing:

abode – a place of residence, here, somewhere to stay

point out – to draw to one’s attention

pull into – leave the road to go into somewhere

branching off – emanating from

obey – do as instructed, adhere to rules